Two OPP officers charged, Daddy Dalton where does it all end! 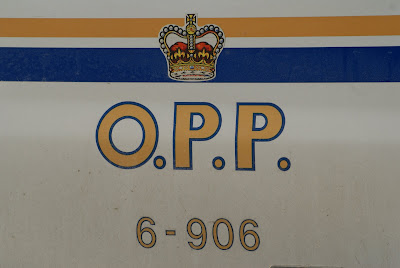 The two ever so helpful OPP constables will be able to exercise the Rights as a Canadian Citizen, and receive their day in court, with no up front penalties!

Jeff Parkinson, the author of the blog Caledonia Wake up Call, alleges that in May 2007, two officers helped build a fence to keep a developer from getting access to his property.

Parkinson, who says he caught the interaction between the officers and protesters on video, filed the private charges against the officers.

"It's been my view that there's been a lack of accountability since the beginning, and that's something that needs to change," Parkinson said of his decision to pursue the charges.

OPP Sergeant Dave Rektor confirmed the two constables have been served and will face mischief charges in Cayuga court March 25.

He also confirmed they were laid by a private citizen and concern an incident at a development site in Hagersville some time ago.

"I really can't say too much about the case at this time as it is before the courts," he added.

Parkinson said he's been fighting to have the officers charged for nearly two years.

He filed a complaint about the officers' behaviour to the Ontario Civilian Commission on Police Services in the summer of 2007, which rejected it. A subsequent appeal was also rejected.

"I'm proud of having stuck with this and a little bit frustrated with all the effort that it took."