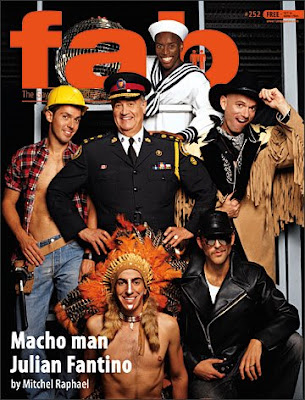 Yet another appeal from the Fantino circus, where does it all end, how many judges, adjudicators and how many tax dollars are being wasted on this garbage.

Two Biased adjudicators and SEVEN judges don't see anything wrong, but Julian Fantino is getting the short end of the stick AGAIN, just ask him!

Fantino's lawyer said Wednesday his client is hoping the province's top court will hear his contention that the adjudicator has shown bias against him, even though two courts have already rejected the complaint.

"The issue is a very important one," lawyer Tom Curry said.

"The need for impartiality in a police discipline case of this sort raises an important issue of the public interest."

Montgomery has been presiding over a hearing involving two senior members of Ontario Provincial Police whom Fantino has charged with misconduct under the Police Services Act.

Their lawyer Julian Falconer has argued Fantino laid the charges to appease the police union and because he suspected MacDonald of leaking information.

The commissioner has strenuously denied those allegations.

During the hearings, Montgomery clashed with Fantino and prosecutor Brian Gover, who requested last fall that Montgomery step down. Gover said the provincial attorney general backed the request.

Montgomery complained Gover was trying to intimidate him and decried any government involvement in the quasi-judicial process.

Curry said he would try to force a stay of the hearings while the Appeal Court decides if it will review the lower court decision.

Falconer maintains Fantino is using legal machinations to avoid having to testify further.

"My clients' instructions are to resume the cross-examination of the commissioner at the earliest possible juncture," Falconer said Wednesday.

"There is no merit to the allegations of bias against Justice Montgomery, and it is high time that the commissioner return to the witness stand."

"There isn't any squandering of resources to have a decision like this made where the underlying case in the discipline proceedings is important," Curry said.

The labyrinthine affair began in April 2004, when Susan Cole of Gananoque, Ont., called 911 to say her estranged husband, provincial police Sgt. Paul Alaire, had taken a baseball bat to her car.

Cole complained the responding officers asked her to leave her home rather than arrest Alaire. The civilian agency that oversees police ordered a probe.

MacDonald and Jevons investigated Cole's complaint, and concluded the responding officers had not followed proper procedure.

Fantino charged the pair two years ago with misconduct in relation to their investigation.
Posted by SmellyBoxers at 4:27 AM