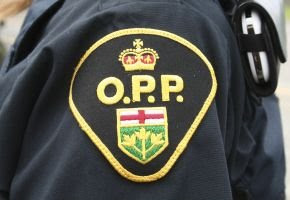 Lots of questions need to be answered, but never will, this 6 month limitation is a cats ass if your a police officer, just ask Sergeant Kevin Dhinsa!

By pure coincidence I happened to flip through the National Post newspaper yesterday and came across the following article "Police car impounded after officer allegedly clocked at 165 km/h". The article indicated:

"The OPP intelligence officer, driving an unmarked OPP car, was stopped by a fellow officer on Highway 403 near Brantford Ontario for travelling 65 km/h above the posted of 100 km/h limit, according to the OPP. The subsequent investigation found the officer was not within the lawful execution of her duties at the time. In accordance with so-called street racing rules under the Highway Traffic Act - defined as driving 50 km/h over the limit - Detective Constable Heidi Fischer had her driver's license suspended and the police car was impounded, both for seven days."

This would simply have been another news eye-catcher except for one important fact - I had just recently reconstructed a collision involving a Constable Heidi Fischer where it was determined that her unmarked OPP police cruiser was travelling 168 km/h as she crested a hill and collided with a left-turning Caravan operated by an elderly female driver. Her speed was derived from the vehicle's event data recorder ("black box") whose data was not downloaded by police investigators until forced to by the defense. Despite the elderly woman's injuries the investigating officer, who happened to be Constable Fischer's supervising sergeant, claimed he received erred information and this was the reason why he did not transfer the investigation over to Ontario's Special Investigations Unit (SIU).

Still further, statements taken from officers involved were not taken until months after the event yet those statements contained remarkably, and exactly, the same erred information as the error contained in a witness statement which seemed to support the officer's story. Meanwhile, a second witness, who was within point-blank contact with officers at the site and who saw the complete incident, and who had the best view of the events, was not interviewed nor was he identified in any police documents. The only reason why he was eventually identified was that he lived at the site and approached me with curiosity as I conducted my examinations.

My eventual analysis would have demonstrated that, at such a high approach speed, the short viewing distance over the hillcrest, the fact that the elderly driver had to search for the unmarked cruiser from behind her in her mirrors (including a darkly tinted rear window) would have made it extremely unlikely that a normal, law-abiding, elderly citizen could be expected to react to the situation any better. Despite informing the OPP reconstructionist and the prosecutor of these facts the prosecutor pursued a charge of "fail to yield the right of way" against the female driver. In a remarkable set of circumstances, even her own defense paralegal would not put questions to me on the witness stand that would allow my evidence to be heard and the Justice of the Peace also refused to listen to my objection citing the fact that I was "speaking out of turn" when I stated that not allowing this evidence to be heard was improper.

Despite all scientific reason, the elderly driver was convicted on the fail-to-yield charge. While my advice to her was that she should appeal and file a complaint with the Ontario Civilian Commission on Police Services (OCCPS), she was so traumatized by what she termed the "corruption" of the police that she did not want to have any further part of it. My own filing of complaints to the Ontario Attorney Generals office was met with resistance in that I was not the primary party involved in the matter and therefore the Attorney Generals office did not have to reply to my complaint. Similarly, a complaint to the OCCPS was met with similar bureaucracy as they stated the collision date of October 22, 2005 was well beyond the limitation of 6 months to which they will respond to complaints. This despite that the trial events were concluded only a couple of months prior to the filing of my complaint.

In all, it shows how improperly the justice system can function. Constable Heidi Fischer made an honest and understandable mistake to travel at extreme speed to an emergency without taking proper care that she not create a further emergency by causing an accident . The accident that occurred was narrowly short of being fatal as Constable Fischer was able to brake and steer sufficiently to direct the impact away from the the elderly driver's door. But a fraction of a second would have resulted in a fatality. Despite this, her supervising sergeant failed to conduct a proper investigation, and either failed to understand the dangerous actions of Fischer, or simply knew the facts but determined he was going to change them. By failing to report the incident to the SIU and by conducting the investigation on his own, despite the conflict of interest as he was responsible for the actions of the officers under his shift, he created the perception that the OPP attempt to hide their misbehavior's and look after themselves. The elderly driver involved was a respectable person who will undoubtedly spend the remainder of her few years talking to others in her community and to her family and the result will be a damaging of the police reputation in the local area. I have spent a number of years interacting with good police officers who have conducted themselves fairly and properly and they do not deserve the fallen reputation as a result of the OPP's failure to review and respond properly.

Apparently there are honest OPP officers in the vicinity as evidenced by the charge laid against Constable Fischer in the noted newspaper article. And this is not to place blame solely on Constable Fischer. By not addressing her problem driving the OPP are creating dangerous situations where constables are unaware of the dangers they are creating. Citizens cannot move out of the way of any vehicle travelling 168 km/h over a hillcrest from behind them. Add the difficulties that an elderly driver has in making such perceptions and the apparent lack of analysis and understanding by the OPP this is a disaster just waiting to re-occur.