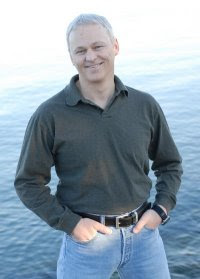 Another OPP SGT charged, this all around stand up guy, great community leader is suspended with PAY, this officer has his day in court July 13th, Unlike his Victims whom had their trial on the side of the road!
If you think you were unfairly stopped by this officer and have a complaint to make, call (905) 278-6131

Friday May 29, 2009
CityNews.ca Staff
The OPP have arrested and suspended one of their own, after an officer was accused of laying charges against three different drivers for speeding or violating the new street racing law based on false evidence.

One was accused of exceeding the posted limit, while the other two were alleged to have violated the province's street racing law and had their licences suspended and their cars temporarily seized. The OPP Professional Standards Bureau won't say how they came across the accusations but admits all charges against the trio have since been withdrawn.

Insp. Dave Ross won't say what the motive might have been.

The allegations make other stops Sgt. Dennis Mahoney-Bruer may have been involved with suspect as well and a review of all his past cases is underway. Ross tells CityNews.ca that could keep investigators busy for a while - as many as 200 provincial cases and 50 criminal cases are being given a second look.

The 49-year-old cop has been a member of the force for 12 years and is based in Port Credit. His primary patrol area is the QEW and Highway 403.

The accused has been suspended from duty with pay and will appear in a Brampton court on July 13th. He's charged with three counts of breach of trust and one of obstructing justice.

Commissioner Julian Fantino, often cited as a 'cop's cop,' is disappointed by the outcome but says it's vital the public knows he won't stand for anything untoward in the ranks.

"It was important for the OPP to initiate an immediate investigation and a comprehensive review, with the intent to bolster safeguards, to prevent similar situations in the future," he notes in a statement. "I believe that the public trust is a fundamental cornerstone of the OPP and policing."

CityNews
Posted by SmellyBoxers at 5:07 AM