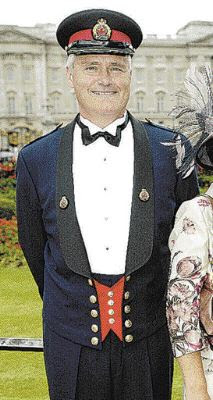 
Another all around upstanding Police officer in HOT WATER!

“The investigation is continuing, and there is a chance that further charges are forthcoming,” OPP Detective Inspector Greg Walton said Friday.

Wills, the former commander of the force’s top crime units, including homicide, intelligence and vice and drugs, is accused of pilfering more than $57,000, beginning as far back as 2003, according to a court document outlining the charges.

Wills is alleged to have fraudulently taken more than $46,000 out of a special City of Hamilton account that holds crime cash.

“It’s one fund where all the funds seized by police will go, and how they are dispersed depends on what comes out of the judicial process,” Walton said.

A judge orders crime cash to be either forfeited to public coffers or returned to the original owner, the victim or a lawyer to pay legal fees, Walton said.

Wills had control of that account and is charged with ordering $46,530 worth of cheques made out to eight people, then forging their signatures and depositing the money into his personal bank accounts, Walton said.

According to the court document outlining the charges, the money had already been ordered turned over to the Crown.

Wills is also charged with stealing directly from Hamilton police operational funds he controlled while head of the Investigative Services Division.

“There were some thefts from three funds — the seized property management fund, an informant fund and the Investigative Services Fund,” Walton said.

Provincial police allege that in one case, Wills took $1,000 from the Investigative Services Fund and issued a fraudulent receipt with another Hamilton police officer’s name on it. In another instance, he allegedly did not turn over thousands in cash seized along with drug packaging, lottery gift packs and a large knife in a sheath.

Wills was one of the Hamilton police service’s highest ranking and highest profile officers until his sudden retirement under a cloud last summer.

Hamilton police Chief Brian Mullan would not comment on the specifics of the case Friday.

“We called the OPP to do a job when suspicions were developed,” he said. “The investigation itself was low-key in as much as many people in this organization had no clue it was going on. That was intentional.

“It came to many, no question, as a shock, and I can appreciate that reaction given the history that Rick Wills had with us.”

OPP investigators are asking anyone with information to call the Cayuga detachment at 905-772-3322.