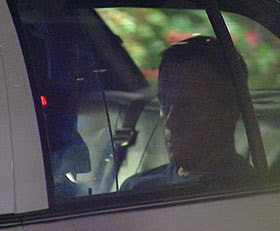 Poor former AG of Ontario Micheal Bryant sits in the back of a cruiser.


I hope a few "Damn Street Racers" and former Pit Bull owners who's dogs have been euthinized sit on the jury and decide your fate!
Posted by SmellyBoxers at 3:06 PM