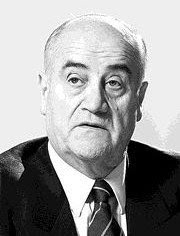 April 20, 2009
THE CANADIAN PRESS
The Canadian Press, 2009
TORONTO - Ontario's top court has agreed to hear the province's top cop argue an adjudicator is biased against him.

No dates have been set but the court did direct the appeal to be expedited.

Fantino's lawyer says he will now seek a stay of the discplinary hearing pending the appeal, possibly as early as this week.

Fantino was under cross-examination last fall when his lawyer accused Montgomery of bias, bringing the proceedings to an abrupt halt.
Posted by SmellyBoxers at 10:33 AM