This is priceless, but tasteless on my part! 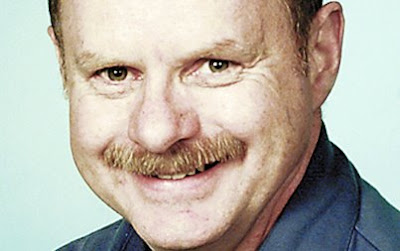 April 22 2009
A retired Peel Regional Police officer has been charged with several sex-related offences against a 13-year-old girl.

Halton Regional Police said today the accused and the victim met through an online dating service in October 2008. Police allege that sexual encounters ensued over a period of time.

Mike Chaddock, 57, of Brampton, has been charged with sexual assault, sexual interference and invitation to sexual touching.

He is to appear in a Milton court on June 1.

Earlier tonight, Chaddock said he will vigorously defend himself against the charges and he is confident he'll be exonerated.

He he retired from the Peel force as a sergeant in 2004.

Back in 2003, Chaddock received a police commendation from the Police Services Board for making a significant contribution to the police force and community and his "demonstrated continued excellence" in the performance of his duties and dedication.

Chaddock has worked on a number of community organizations, including the Brampton Santa Claus Parade Committee, and was a member and executive director of the Brampton Downtown Business Association. He was active in promoting the popular Motorcycle Ride For Dad program, an initiative that sees police officers and others ride their motorcycles to raise money for prostate cancer research and education.

Chaddock was also the long-time president of the Mississauga-based Region of Peel Humane Society.