Love the plugs from a greiving Father 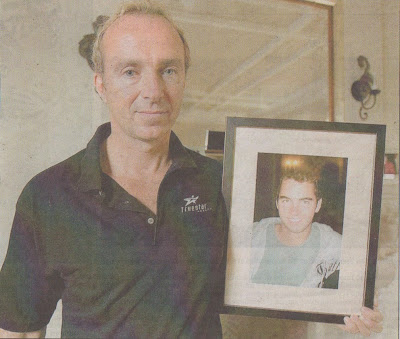 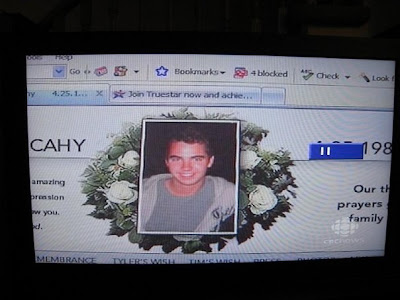 Sure I'm sympathetic for the death of anyone especially young adults who's parents lack parenting skillls, and just throw cash at adolesence.
We have Mr. Mulcahy, who buys his son a car with more horsepower then anyone would ever need on any road in the GTA, I can only dream of having a such car, a car that I would never be able to afford for that matter.
So his son sits in a bar up north, gets pissed up with a few friends, drinking booze like prohibition was about to be enacted!
Hops into the car pissed up, that Daddy bought him,smashed into a guarddrail, down the embankment and dies a horrific death with his two friends, luckily his girlfriend escaped with minor injuries.
I wonder if Mr. Mulcahy paid his son's insurance or bar tab, where was the server's head when serving these young ADULTS, so many questions and all we get is yellow journalism at it's finest!
Does anyone have any pictures of Father Mulcahy without him plugging his company?
And anyone can get a private members BILL passed with a pocket full of cash just ask the Dalton Gang and view BILL126!
Posted by SmellyBoxers at 9:34 AM